1. Tell me more about the funnel…
Sure. The funnel is a Rhino Gear funnel UPC 817739010039 – similar to http://www.oreillyauto.com/site/c/detail/RHN0/05015.oap?ck=Search_N0027_-1_-1&pt=N0027l but in grey. We cut the tab off with a side cutter and covered the funnel with duct tape to indicate side color and used electrical tape around the lip for the pom color designator. The narrow part of the funnel is wrapped with duct tape to give a snug fit into the PVC T. Some Pics 1 2
2. Is the height of the starting box the same as the regular Botball game, 15 inches?
Yes, Starting box size is 24″ x 22″ x 15″
3. Are the stacked ring tubes just sitting on top of each other?
Yes.
4. Can you describe where the funnels are? I don’t see them in the picture.
They are inserted in the PVC T located at top of the corners of interior H (about centered on each 4′ x 4′ section)
5. What is the pom box? The picture shows the transport box (from regular botball) with poms in it but I’m assuming that isn’t it since it would cause a team to score already based on the starting configuration.
Poms do not actually score in the Pom Container, so yes, that is where they start.
6. The picture shows both teams starting on one side of the regular board. As far as I can tell, that gives a serious disadvantage to whomever starts on the side that doesn’t have a pom box. Do I mis-understand? Is it the same as regular where they start opposite but just that the starting box is half the size?
Team will start on opposite sides f the board, but may choose which one of the starting boxed they would like to start in (on their side).
7. What is the minimum number of people required for a team?
There is no limit, but it will be hard for you to run your robot if there is less than 1 team member present at the Tournament.
8. The official rules indicate that there are four differently colored funnels. However, the game board picture only shows two color combinations. I would like to know if the teal/orange and teal/green funnels are both located on the teal side. The picture shows one teal/orange on the teal side and the other on the pink side. Is the teal/orange on the pink side supposed to be teal/green?
The Pink funnels will be on the pink side and the Teal funnels on the Teal side. The four color combinations are pink/green, pink/orange, teal/green, teal/orange.
9. Is the setup of the funnels fixed or are they randomized prior to the start of each game?
The funnels are randomized the green and orange marked funnels will switch sides randomly
10. If the orange sponge ball lands in the transport on top of tribbles does the electricity rule apply?
No, since the poms do not score in that area (pom container).
11. Are the posts, funnels, and pom containers considered game pieces?
Posts – no, funnels – yes, pom containers – yes.
12. The rules state:”Does the starting sequence work with very different lighting conditions?
(tournament tables may or may not have lights above them)”If the tables do have lights, how much vertical clearance are we guaranteed? I.e. what is the minimum height of the lights relative to the game board surface?
I will only guarantee 50″ clearance from the game surface.
13. Can part of your entry be touching the ping pong ball at the end and still score the double points?
Yes.
14. Where is the pom container located? If the teams control the position, can it extended past the start box (half in, half out).
The pom container will start in the area between the starting boxes and launch poles. The pom container must be completely inside the PVC and black duct tape that designate this area. Some part of the pom container must be touching the center dividing PVC that supports the launch poles. Clarification: the pom container is centered between the two starting boxes and the center post; judges will randomly dump all poms in the container, with all touching the surface
15. At the end of the game, if the orange sponge ball is on top of and touching the sponge cube, and the cube is in the transport touching the board surface, does the electricity rule apply and both score?
Yes.
16. The funnels don’t look anything like the funnels in the v1.1 rules image. I thought they were to be green and orange, but what I saw was black and brown. Do the green poms go in the black stripe funnel and the orange poms go in the brown stripe? What is the tape you used for the brown funnel and why didn’t you use the orange tape that you used on the neck of the funnel?
Hmm, there must be some issue with your browser? See image 2 in question 1. The funnels are covered first in teal or hot pink duct tape to designate the side they are for. Then the top lip gets one width of electrical tape, green or orange to indicate which poms score there. The pink and teal are vibrant and bright, where as the electrical tape is more of an average/darker value of color. If you are seeing black, and brown there is an issue. 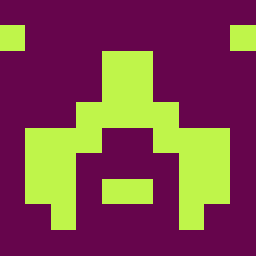